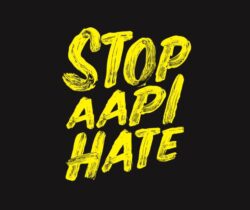 The Dayle McIntosh Center (DMC) is committed to supporting our employees, consumers, and the broader Asian American and Pacific Islander community who continue to be impacted by anti-Asian hate crimes. Over the last year there has been an increase in racist behaviors and reported attacks against Asian Americans and Pacific Islanders who have been wrongfully blamed for the COVID-19 outbreak. The mass murder of eight people in the Atlanta area last week is a gruesome example of white supremacy and hate.

On March 16th, eight people were killed at three different locations in Atlanta Georgia.  Six of those people were Asian women and half of them were older adults or seniors. We recognize the importance of centering the victims in our dialogue and do so by stating their names.  Delaina Ashley Yaun, Xiaojie Tan, Daoyou Feng, Julie Park, Hyeon Jeong Park, Soon Park, Suncha Kim, and Paul Andre Michels.

As with other violent incidents in the past, many have been quick to question the mental health of the individual who committed this hateful act. When the public uses “mental illness” as a way to justify a white man committing mass murder targeting Asian women, those in our community living with mental illness are further stigmatized. The truth is that people with mental illness are overwhelmingly non-violent and more likely to be victimized than to harm others. It is important not to cover up acts of white supremacy by placing blame on mental illness.

Want to get involved? Here are some ways you can help right now:

Stop AAPI Hate has an outstanding list of actions you can take immediately and a hate incident tracker.

Learn more and donate to these organizations: